After telling my friends, family, and of course Lauren of the big plan to backpack Zion National Park there was little going back. However, there were  moments in which I questioned my sanity. I am a control person who has plans for their plans, yet here I was with only a few weeks to get gear, food preparation,airfare, rental car, maps, and most difficult of all permits. March is a bit early to hike these trails, at this altitudes it is mostly still frozen. I was told by park rangers it would be better to wait, and by our shuttle services that we would be the earliest group they had dropped off since 2009. So I planned for the worst, crampons for the boots, extra warm high-tech clothing, new lighter warmer sleeping bags, a GPS locator beacon, etc.. Weighing our food to the ounce meticulously making meals that were full of the calories we needed at this cold higher altitude. I ordered water proof topographical maps, uploaded the area to my Garmin GPS, and began packing. Being a worry-wort husband I was concerned, I wanted Lauren to have the best time of her life. There is nothing worse then realizing you don’t have toilet paper in a desert, or  lack  water with nothing to eat but dehydrated meals. Trust me, I can tell you plenty of funny “how not to do this” stories. As stated in a previous post Lauren had never flown, I worried how she would navigate a large airport, and since we were packing items such as knives, stoves, and trek-poles the very likely pat-down from a large woman named Hilda who seems to enjoy her job a little too much.

We entered the airport with our large packs, the odd ducks in a terminal of suited business persons with laptops and small roller suitcases. Lauren and I had in length discussed the process of flying, what to expect, were our seats were, and the location of barf-bags. As the power of the engines vibrated through the planes frame and the speed increases one can feel the build up of G-forces, it is within this second you can observe your fellow travelers true nature. Powerful businessmen in Italian suits can be seen death gripping the armrest while sitting next to a child who never stops playing her leapfrog learning game. In this moment, one feels the wheels lift from the ground and we are faced with a definitive reality, we are not in control.  There is nothing we can do from our seat that will overt a crash,  you are strapped to a giant man made hunk of metal  filled with jet-fuel which by all reason should explode leaving a wet greasy spot on the tarmac. I looked over at my beautiful wife to see a giant Grinch like grin upon her face, she was going to be just fine. Then the self-examination struck me; for all my planning, weighing, packing, repacking, mapping,and worrying there were so many things outside my control.  I was reminded that although it is not bad to be prepared or to have plans, it is important to remember how little control we actually have. What is the purpose of worry or fear, does it profit us? There to my right was my bride enjoying the show, not scared, not worried, just enjoying the moment. Life is a ride,  we can try to fight it, beat it into submission, pretend our plans will last; or learn to enjoy it. Here’s to taking off, up up and away. 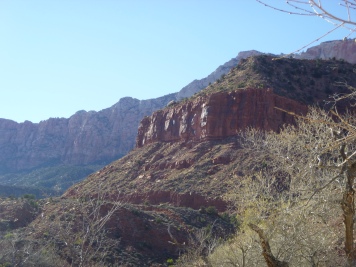 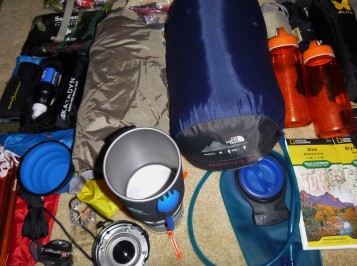 2 thoughts on “Up Up and away”