We visited Houston’s Museum of the Fine Arts on one of our first dates. Lauren the art history study explained the movements, styles, and techniques as I improvised monolog for the vast collection of inquisition paintings. Is there anything more entertaining and wholesome  than a good inquisition or witch hunt. Religion as government, crusades,  vast illiteracy, plagues, pestilence, famine……Ah the Dark Ages, those were the days. There we were Lauren the formally trained and educated artist, and I the postmodern renaissance man. For the sake of clarity,  crafting fart launchers, hiding cryptic ciphers, translated, “I’m the great Cornholio”,…..writing this grammatical minefield of a literary holocaust (I call a  blog),…..and taking “pretty pictures” may not be Da Vincian principles  Example: the articles title below / did you even notice?

As an “arts” couple we’d often been advised to visit Santa Fe, yet the very mention of which evoked images of hippy-dippy arts and crafts, hot glued feathers, and dream catchers reeking of burnt sage and bay leaf. Could I endure the dreaded finger cymbals and $20 magical stick bundles.  How does one harness the powers of these jagged crystals? Did you just say suppository?  What would Gwyneth Paltrow do? Wasp nest….of course…..WAIT…. WHAT…WHERE DO YOU PUT IT? #AhTheDarkAges

Santa Fe: We were not disappointed . Lauren, like a school girl with gleaming eyes gazed at the works of Georgia O’Keeffe.  I thought she’d explode with joy upon seeing O’Keeffe’s paints and brushes. I was taken by the works of O’Keefe’s husband Alfred Stieglitz the noted photographer. And there it was…. only months before I was standing in a backroom of Ansel Adams Gallery within Yosemite Valley staring at a picture of Georgia and Orville Cox taken by none other than Ansel Adams. In the corner of that original print, in Adams pen, was (1 0f 2), and before me that day in O’Keefe’s museum  (2 of 2).

We’d been walking in the footsteps of my heroes. John Muir, Ansel Adams, Stephen Mathers, Theodore Roosevelt, Alfred Stieglitz, etc… On the streets of Santa Fe it felt as though our lives intersected with every stop sign and cross walk. Throughout the day we visited historical missions. Cynical by nature I struggle to understand relics, artwork, and symbols of religion. Countless renditions of the saints. Perfect hair, creamy white skin, glowing haloes, light beams from heaven. I respect that others find comfort in this, but They confuse me. Is this the “church” is this the love Jesus spoke of in scripture, old buildings and antiques. Everything dripping with gold like a religious rap video. Cracking a grinchy smile I imagined the pope rolling through the doors in the pope mobile jamming (Dies irae) “Day of Wrath” from gold plated subwoofers. As Passionate pilgrims kiss the slow rolling golden hubcaps.  This being said I guess the fact I didn’t burst into flames upon touching the “holy water” indicated it wasn’t turned on!

Upon leaving we stumbled into a  hidden garden.  I’m always hoping for a white rabbit, wardrobe, crack in the wall, or bridge into the mist.  Unable to find a mystical portal, we chose instead to examine a series of  bronze statues. Stations, are obviously not  my cup of tea. Yet upon closer inspection we realized it wasn’t tool marks in the cast of the Christ figure”, they were in fact the finger prints of the artist. Wow a piece of real art. It wasn’t perfect,  overly refined, plated in gold. The cynic within me was at peace. To quote Dr. Seuss “the Grinch’s small heart grew three sizes that day.” Jokes aside I was fighting back tears.

The last months on the road weren’t the realization of freedom I’d spent so many years dreaming of, yet they had in fact been a giant snare slowly closing in on reality. I was running out of places to hide. Each museum displayed the faults of my heroes, each sunrise the reality of terrains  Eden was nowhere to be found.

I’d Convinced myself that leaving our home, and jobs, for this cross country adventure was for others. That I’d somehow share what I learned and , on SOME TINY level it would help someone. Alas looking at those statues I knew I wasn’t capable of doing that.  No matter what I do it’s just,  PRETTY PICTURES, SMITHED WORDS, TURNED PHRASES, AND STORIES . I’m a cynical jerk who makes locations look nicer than they are. Brides pounds lighter, clients years younger. I crack jokes, carry flashy gear, and tell funny stories; (leaving out what they lack). Sadly over a year later I’ve had to admit that I am not an artist, I’m a showman, an illusionist.

By my definition, true artists make For the sake of authenticity. They touch what most of us won’t look at,  suffering, anguishing over brush strokes, toiling over lines of text, lamenting through bars of music. Looking at those statues I knew I wanted to be that, who doesn’t, and alas I came home and did just the opposite. I opened a formal photography business, and learned how to take PRETTIER PICTURES AND SELL THEM! #AhTheDarkAges

So here I sit staring at this cursor blinking, a rhythmic metronome, the constant  reminder that over a year later I’ve yet to finish this project. Truthfully as a writer I’m defined  by two half finished books. My single greatest literary influences once told me she didn’t read blogs; believing true craft is rarely about the author. I often employee the word “I” …..is this about me?… Am I once again working a magic trick? Gaze at the pretty picture, don’t look behind the curtain to see the insecure idiot pulling levers. The fool chasing perfection, setting lofty goals only to define those “successes” as futility. The moron who somehow still thinks there will be something atop the next mountain other than loneliness and rock. The idiot who longs for more than Gospel.

“I” just hope this makes your day suck a little less. Maybe you’ll laugh at the stupidity. Perhaps realize Eden is nowhere to be found in this life. 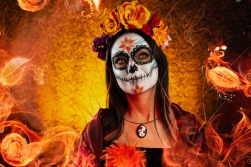 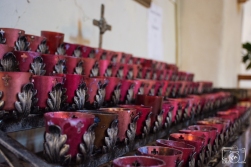 One thought on “From Art Renders Truth”