Ecology and Environmentalism are topics I am not qualified to discuss. Yet, after the  semantics, who with any sense of conviction doesn’t love nature? I was raised in deep South East Texas a place where hippies don’t chain themselves to trees in protest of deforestation. As a child we burnt our trash in a metal 55 gallon drum; on a side note there is nothing more redneck  than throwing aerosol cans into a fire. It is safe to say my views have changed greatly. But, then again no great southern story ever starts with a deeply studied, well dressed  gentlemen saying, hold my salad and watch this?

In preparation for our trip to the Texas Panhandle Lauren and I studied the area around the parks, the terrain and its history. Nothing impacted me more than a Ken Burn’s P.B.S documentary “The Dust Bowl”.  Old black and white photos narrated by those who saw millions of  acres plowed up  for the first time in human history. Tractors often running 24 hours a day broke ground so  wild grasses could be replaced by wheat. The end result was a  choking series of sand storms which destroyed dreams, families, livestock, and what little wild was left untouched. A man made plague of the plow, a plague of expansion without thought or examination.

As you can see somewhere along the way my view of  Ecology began to shift . With each hike we see an ever increasing growth of urban sprawl at the cost of shrinking wilderness. It’s easy to see our greed, our ever increasing  demands on the oceans, lakes, and soil, our obsession with building dams, and turning forest into lawns. I want so badly to stand upon a soap box handing out indictments. Yet perhaps,… just maybe,…. we could use a happy story.

With horrible images of the Dust Bowl burnt into my mind we began exploring Caprock Canyons.  There was tall strong grasses growing upon the plains. Buffalo grass, and among it these large beautiful beast grazed as they pushed their broad heads and shoulders through the thorns and thistles.  It was only after these Buffalo were brought in, and their DNA tested,  anyone realized  this was one of the last remaining Southern Plains Bison herd.

To support this treasure the plains grasses were replanted, a carefully examined balance of flora and fauna was introduced and “allowed” to repopulate. This includes coyote which can be heard at night as they serenade the moon. Prairie Dogs, often seen as a nuisance, are allowed to dig an underground city. I like to imagine their little town always breaking out in song and dance, like “Fraggle Rock”. They are funny little creatures who love playing a photography version of whack-a-mole as they pop-up, chirp at you,  wait till you reposition, only to disappear.

Every park is special in their way, but Caprock Canyons embodied something I couldn’t put my finger on. Visitors seemed less touristy, everyone was enamored by the Bison, Deer, Prairie Dog, and even the Coyote. The dry winds rushing through the expansive canyons sang a sweet melody of red, wild, wilderness, but the addition of indigenous wildlife and plants was the completion of a symphony.  As Lauren and I sat to eat our lunch we were surrounded by the nature of art’s very nature. I sat in the cool red dirt, the feeling of its fine texture was that of powder. I began to imagine metric tons of this fine soil blowing and twisting, striping and destroying. With this dust in my hand I knew that when “we” as “humanity” are poor stewards of nature we will reap that which we sow. As it has been said, perhaps the greatest lesson history has to teach us, is how little we learn from history. 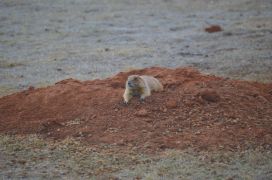 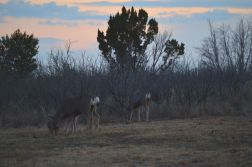 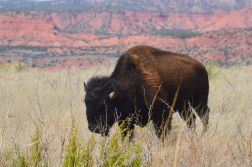 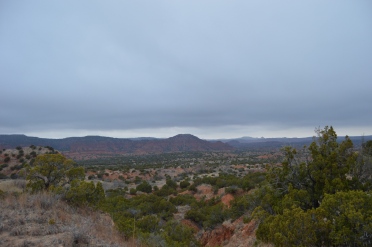 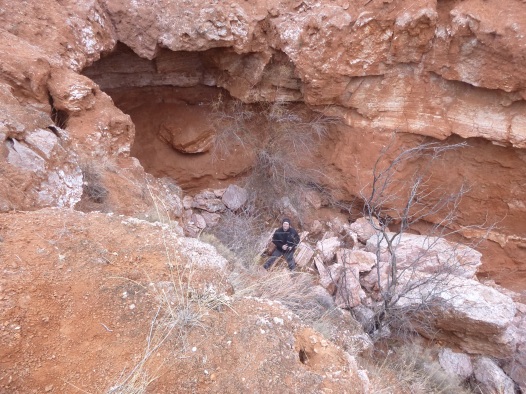 10 thoughts on “Caprock Canyons a Victory”