Seminole Canyon State Park is awesome, but it doesn’t get much attention. It’s sort of like that smart girl you almost asked to prom, but were too concerned with image?  Now, she’s gorgeous and owns half the internet! Yeah, Seminole Canyon’s that kind of park.

Seminole deserves to share the Texas spotlight with the likes of Caprock Canyon, Guadalupe Mountain, and Big Bend.  It is after all home to the largest collection of Native American rock art. In an effort to preserve and protect this collection, canyon access is only allowed by means of a ranger-led tour. Why can’t you freely hike and photograph within the canyon? The short answer is vandalism and theft. 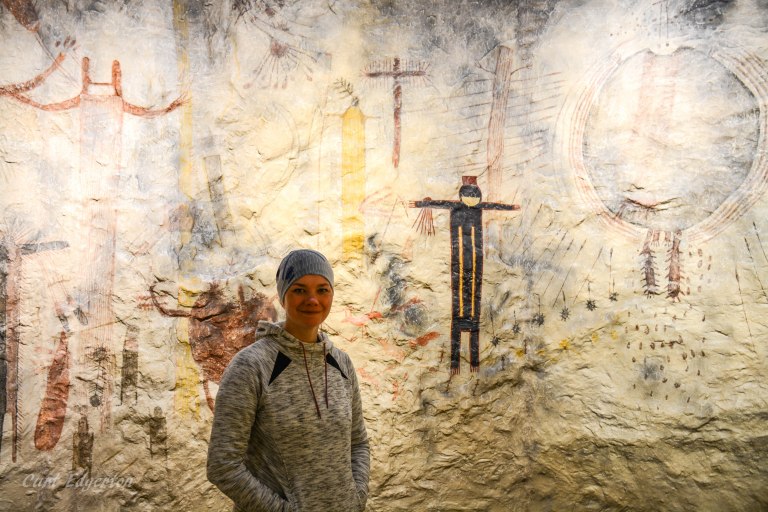 I will never understand the compulsion to vandalize nature. Nothing displays lack of character better than sub-par truck stop restroom “art”. Of course, 4000 years ago the Native Shaman forgot to add  a huge, poorly drawn example of the male genitalia to his deeply spiritual image. Now this great burden falls upon you.

Once within the canyon, we began to see what the fuss is about. There are huge walls adorned with symbols, pictographs detailing daily life, and images of animals now extinct,or no longer found in this ecosystem. 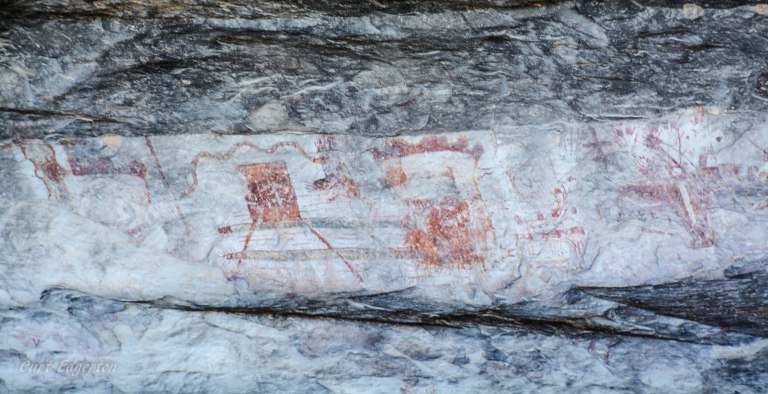 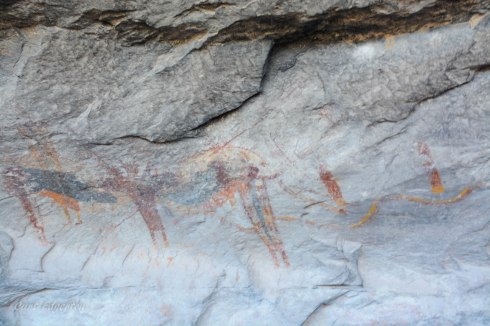 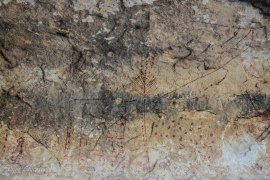 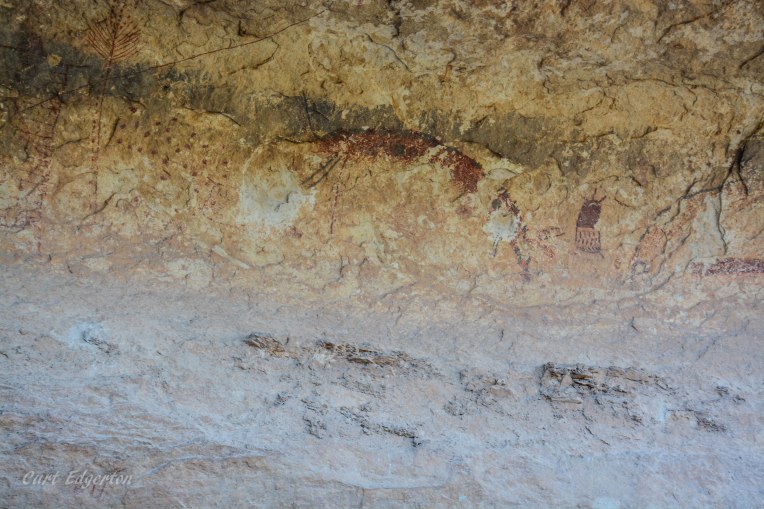 Grinding stones and other tool-marks can be found in the flat table like rock formations. It takes very little imagination to see native hunter gathers living and working under these cliffs. 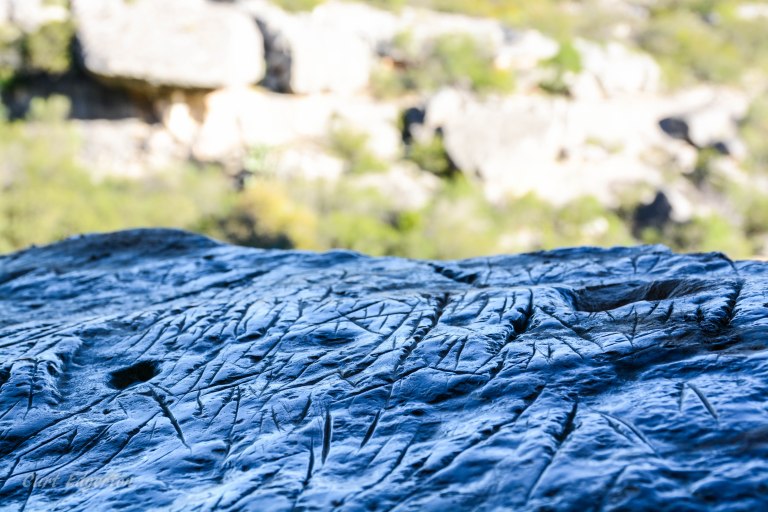 Their names and culture have been lost to time, their beliefs long forgotten. But thousands of years later, here we are, staring at their paintings. Yes the images are primitive, but they’re also familiar. For all our advances, the core principals of humanity haven’t changed. We love our families, work hard to provide for them, and yet somehow we are also capable of committing horrible acts of violence. 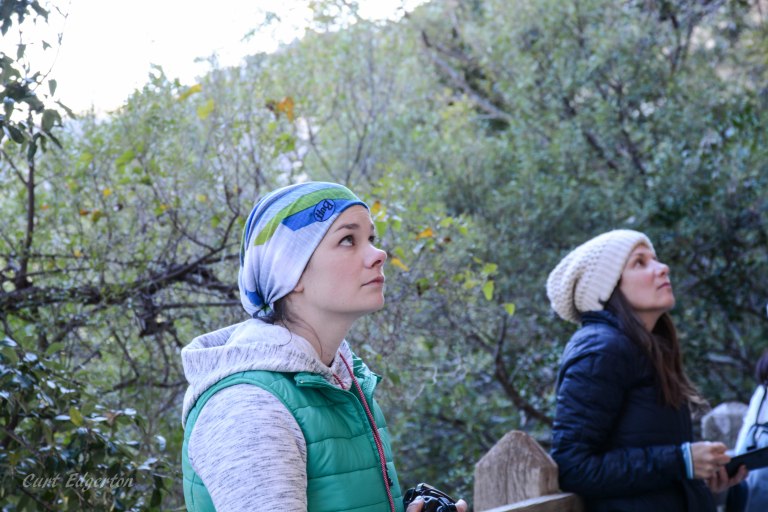 Approaching the Rio Grande, the size and scope of the canyon is awe-inspiring. Looking toward Mexico, rolling mountain range and desert continued past the horizon. It’s a harsh and unforgiving terrain, an environment of extreme temperatures, winds, and drought.  Yet, in this harshness there’s beauty. 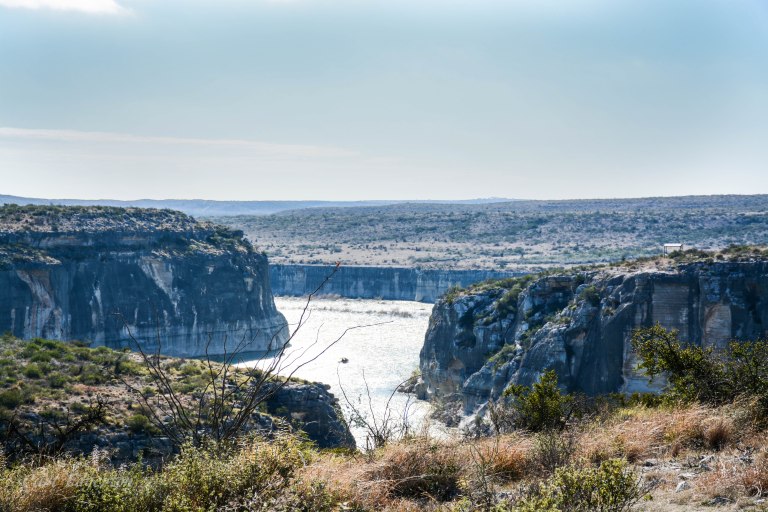 Our skin stung as it was impacted by sand.  The same sand carried upon gale force winds over a millennium. Along with water, it has smoothed and sculpted the canyon walls in some areas, and in others, created odd formations which can only be described as coral like. 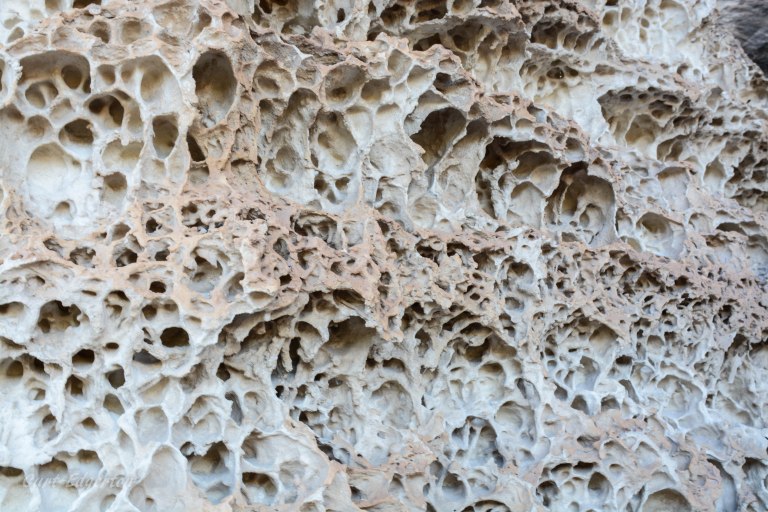 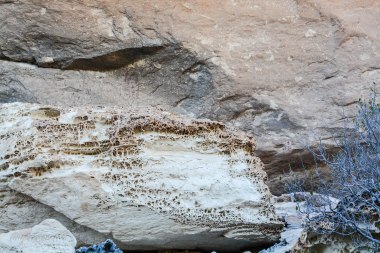 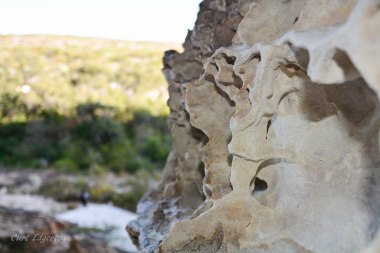 That night in the company of bats and other nocturnal creatures, my camera soaked in million- year-old star light. Alone in the darkness,  I imagine a Native brave standing on the canyon rim. We are separated by time, language, education, and beliefs, yet somehow very similar. 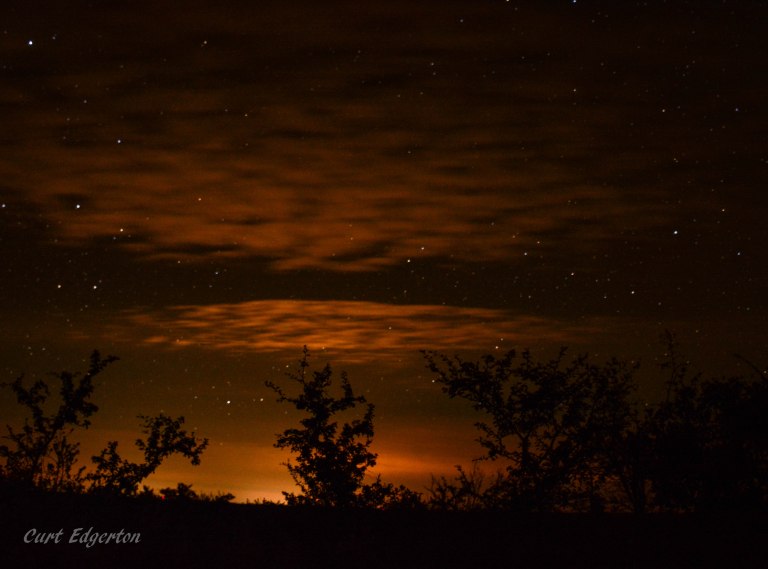 Staring at countless stars, each a sun orbited by planets and moons, I’m not even a spec within space and time, no more than a grain of sand. How would he perceive the world we’ve built, the borders we’ve defined?   I’m often discouraged by  the state of our society. Self-centered lives, defined by intolerance, and a lack of empathy. Terrorism, radicalized religions, poverty, pain, a broken system filled with broken people.

Perhaps the greatest fault of selfish,  people is assuming their lives  are more important than others. And perhaps the greatest fault of kind  people is assuming they are too small to make a difference, they are but a grain of sand. But, standing within Seminole Canyon encompassed by high walls I am surrounded by proof that sand can create profound change. 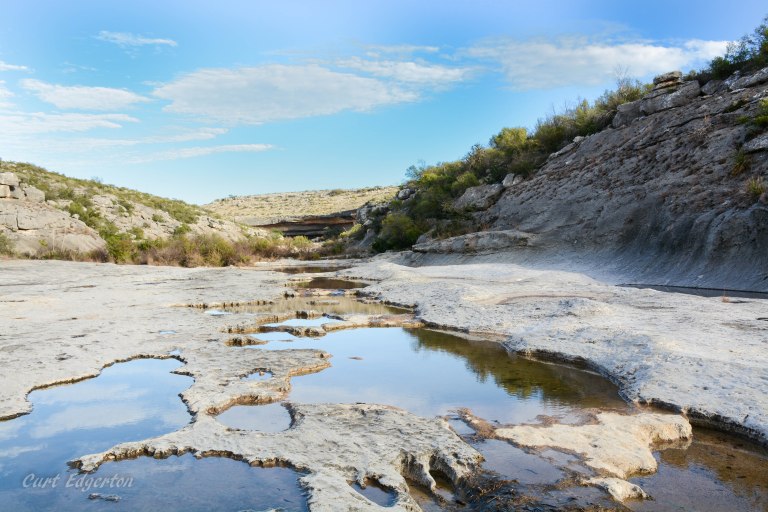 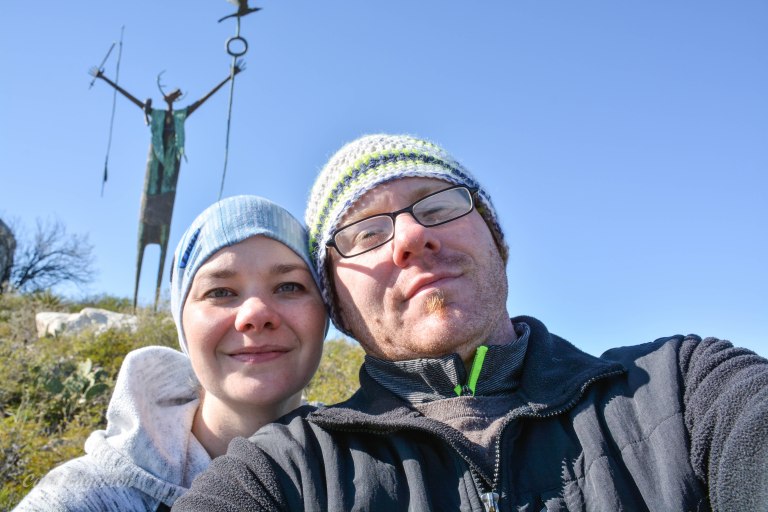 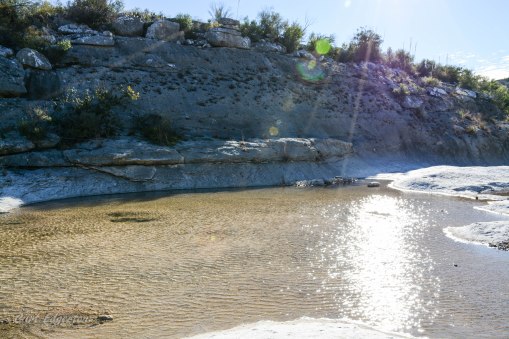 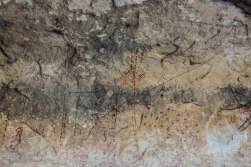 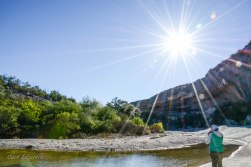 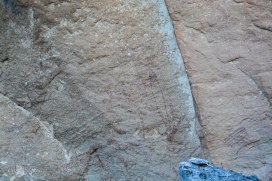 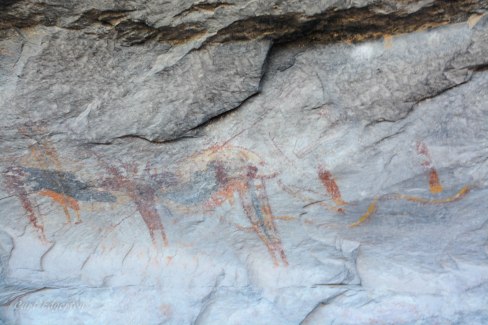 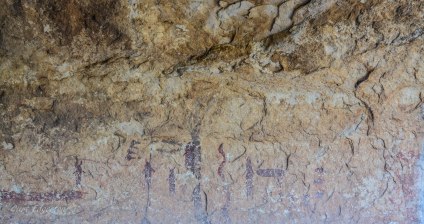 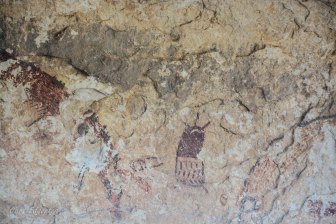 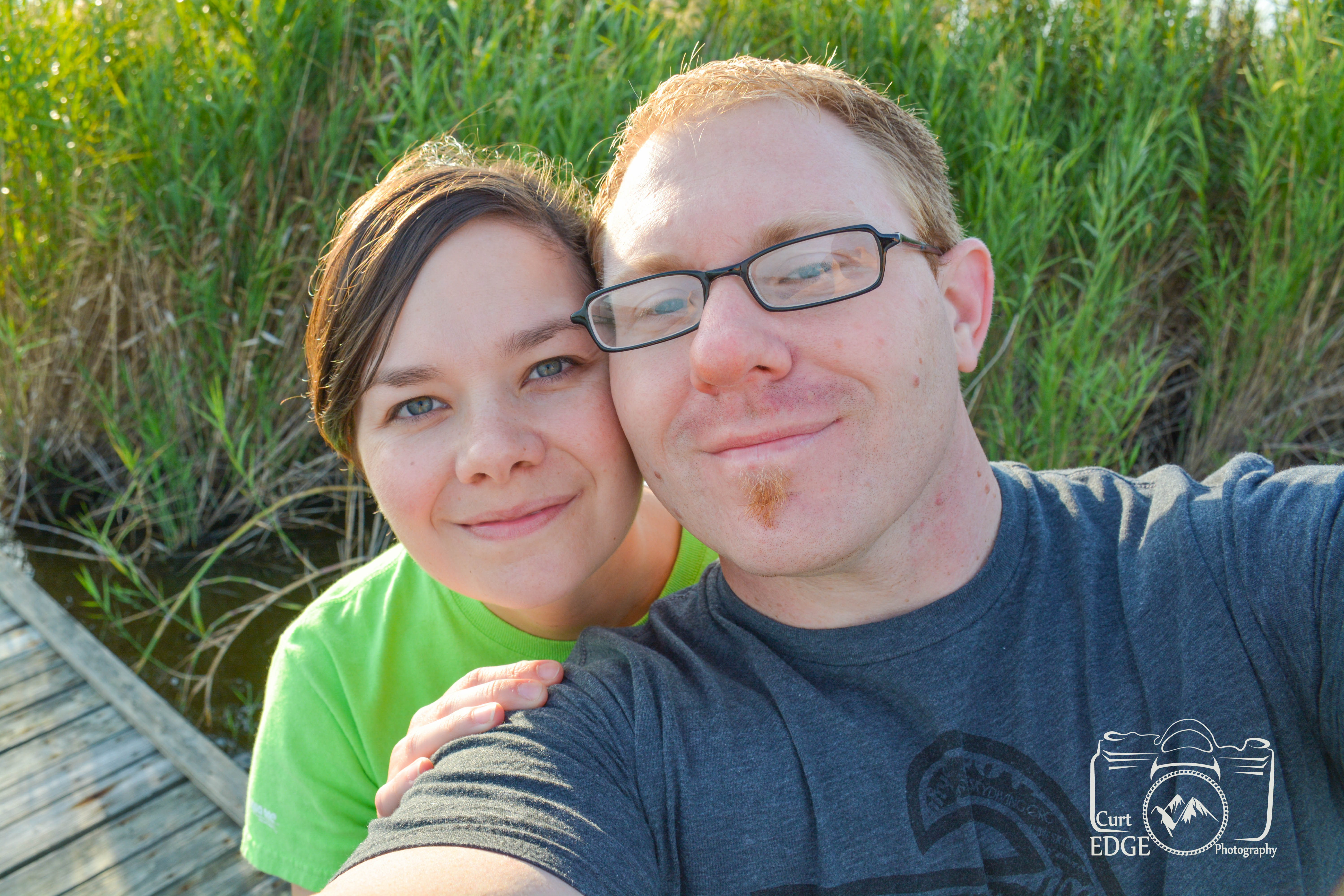